Since the implementation of the reform and opening-up policy in 1979,our country has rapid economic growth.In recent years,the export value of our country's electronic industry has grown rapidly.The Organism for Economic Co-operation and Development (OECD) said that mainland China has surpassed the United States as a global exporter of information and communications technology(ICT) including PC,mobile phones,DVD and digital cameras.

In the production process,transferring and assembling parts,electrical equipment is inevitably in contact with the air containing.Therefore,the dust in the air has become a major threat to the quality of electrical appliances. 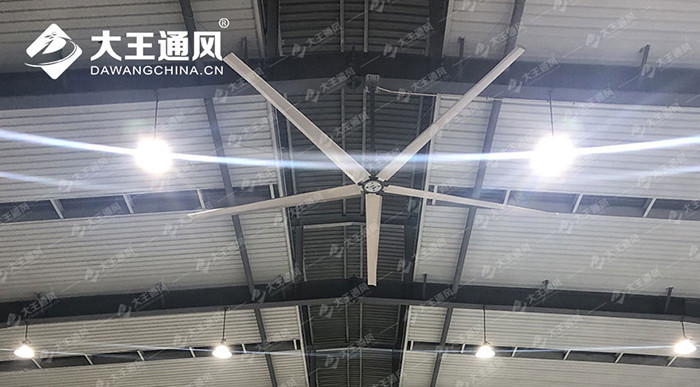 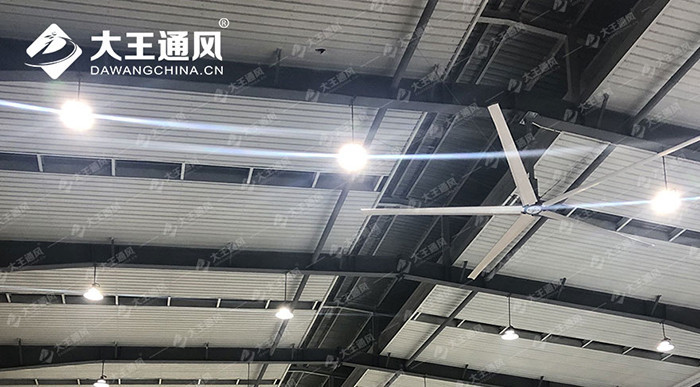 The workshop of this electrical appliance company in Ningbo belongs to the brick-concrete structure,which is high in height and large.Due to the high environmental requirements of the produced electrical appliances and less dust,so the sealed production environment is adopted,which results in the bad air circulation.The oxygen content is low,especially in the summer.when the temperature is high,the indoor equipment emits the heat,so different levels of hot and high temperature problems occur in this kind of factory building,and the staff are seriously troubled by the environment,so it is necessary to urgently Ventilation cooling and dust removal.

In view of the excellent ventilation of the industrial large fan,cooling and dust removal,this electrical appliance company adopts the large industrial fans.

According to the environmental requirements,Dawang engineers visited the site and combined with the user’s requirements.After following the national standards and the structure,the design and installation of industrial large fans were optimized.

After installing the large industrial fan,the electrical company realized the delivery and circulation of fresh air without dead ends,the high temperature was relieved to a large extent,the humidity was also controlled within the standard range,and the environment and efficiency was greatly improved.